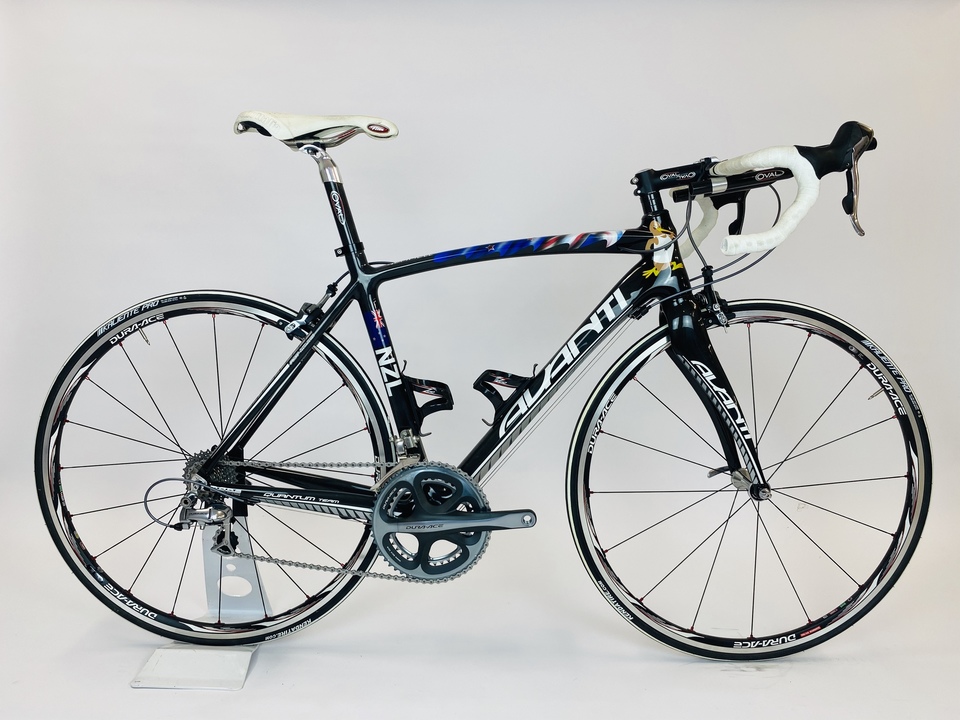 
This was the bike used by Kris Gemmell in the 2008 Olympic Games Triathlon. Gemmell came home in 39th place, having got off the bike in the lead pack.
The bike has had a few modifications (later version crank,and brake calipers) as the bike was used by Kris after the games.
The bike is fitted out with Shimano Dura Ace 7800 components (other than those stated above), Oval seat post, handlebar stem, and clip on aero bars, a Selle Italia Flite saddle, and a set of Shimano Dura Ace wheels.