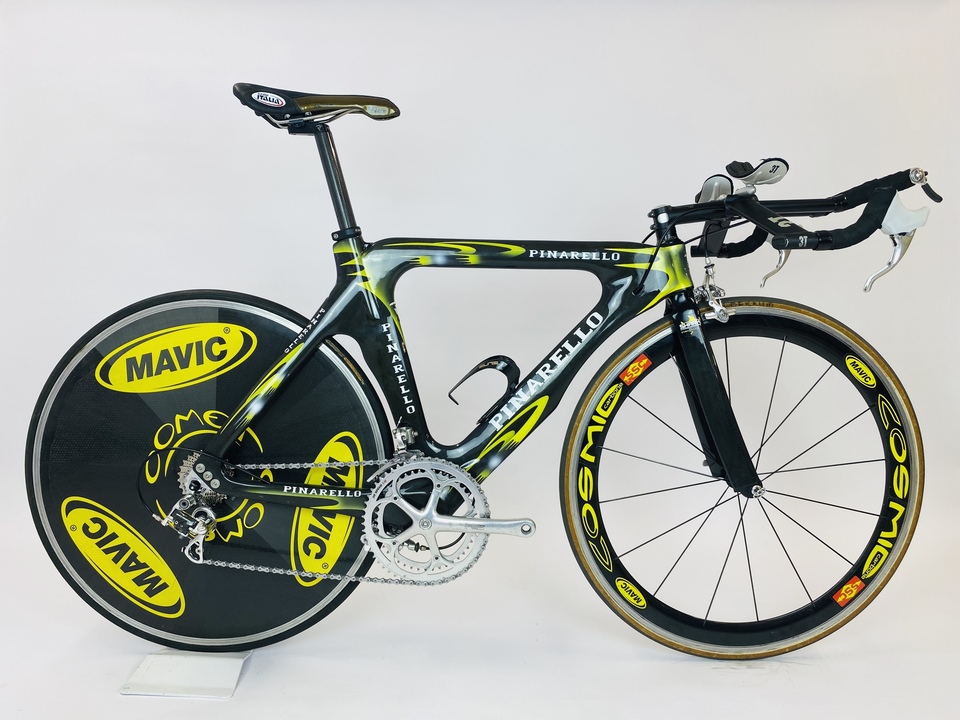 Eagle eyed readers will know that Pinarello developed the Montello Carbon time trial bike in the early 2000's, and it looked almost identical to this. The main difference with this bike, is the flat area around the head tube/top of the top tube. On the production Montello, the top of the top tube rises up, making the head tube slightly longer. I was told that this bike was infact a production prototype, that was to be Jan Ulrich's spare bike. Pinarello have confirmed the story and that a bike like this existed (that was not painted in team Telekom colours), but I am awaiting there confirmation from the serial number, that this is the bike. Either way, it is a very cool piece of Pinarello history.             This bike is built  as Ulrich's bike was, albeit without the Campagnolo Ghibli disc wheel, and Campagnolo Carbon Bora front wheel. So, Campagnolo Record 10 speed components, Selle Italia Flite saddle, 3ttt combination handle/aero bars, a Mavic Comete rear disc wheel, and a Mavic cosmic carbon front wheel