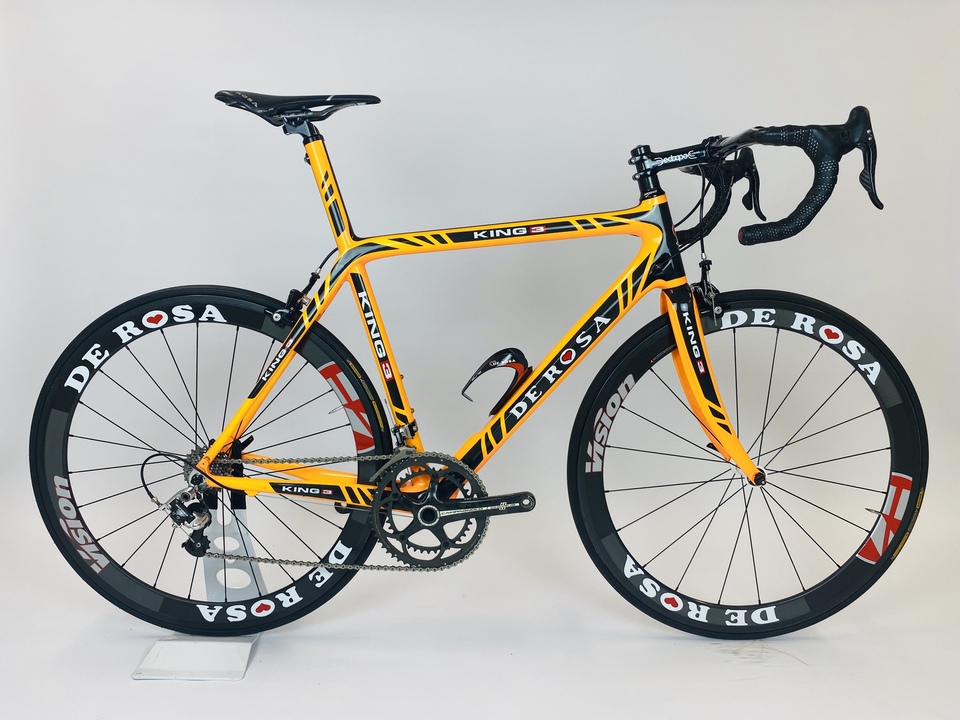 In 2007, I became the importer/distributor for De Rosa bikes in New Zealand. I wanted to get a bike built that would be my 'sales bike'. Love it or loathe it, I knew a bright, out there design would garner attention. At the time, there was a 'rebel' professional team operating in the USA. They were called Rock Racing, and had been formed by the owner of Rock and Republic Jeans, Michael Ball.
The USA importer of De Rosa bikes was sponsoring the team, and the team came up with a striking scheme for their team bikes, in Metallic green. While the bikes were painted in Italy, due to contract conditions the green scheme could not be used by De Rosa on their production bikes. So, I liked the scheme, and thought....Orange! (Arancio officially in Italian). De Rosa marketing manager and youngest son Cristiano was not sure about the colour, but I assured him it would grab us the attention we needed. In late 2008, I picked the frame up from Cristiano at the De Rosa factory in Milan, and Cristiano said that while he had the frame sitting in his office, everyone who entered had wanted to buy it. True to their word though, no other King 3 bikes were painted in this scheme/colour, as this was to stay a one off.
The bike is Built with Campagnolo Record components, a set of Vision De Rosa wheels, Deda handlebar stem, Profile handlebars and a Selle Italia De Rosa saddle.