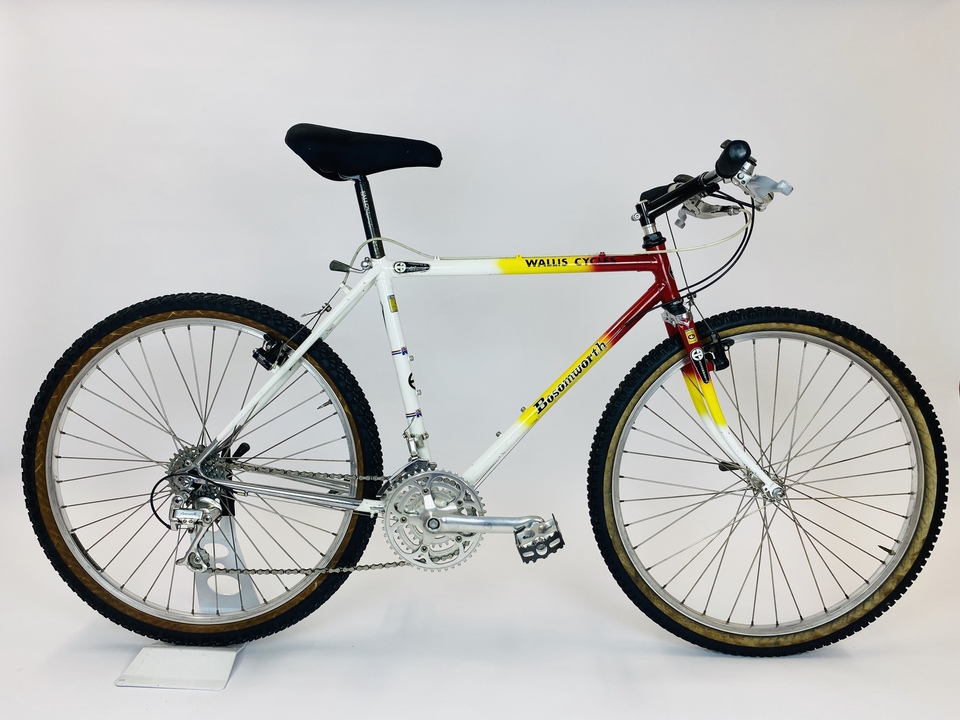 1990 Bosomworth.
So far, the only mountain bike in the collection, but what a bike. Eddie Bosomworth is renowned for his road bikes, but he did undertake a handful of MTB builds. This bike was built for Wallis Cycles, who sold a lot of Bosomworth bikes, although this one was for Steven Wallis. He rode the bike a handful of times up and around Mount Te Aroha, when Wallis Cycles shop was out there. Since then, though, the bike had hung up in the storeroom at the last of Wallis Cycles shops, in Ellerslie. The bike is in original condition, built with Columbus SP tubing and uses very rarely, Campagnolo MTB components, which were only available for a couple of years.(The brakes are Suntour, apparently much better than the Campagnolo items).The bike has its original tyres, and the brake levers need to be seen to be believed, the pair are nearly as wide as the bars!