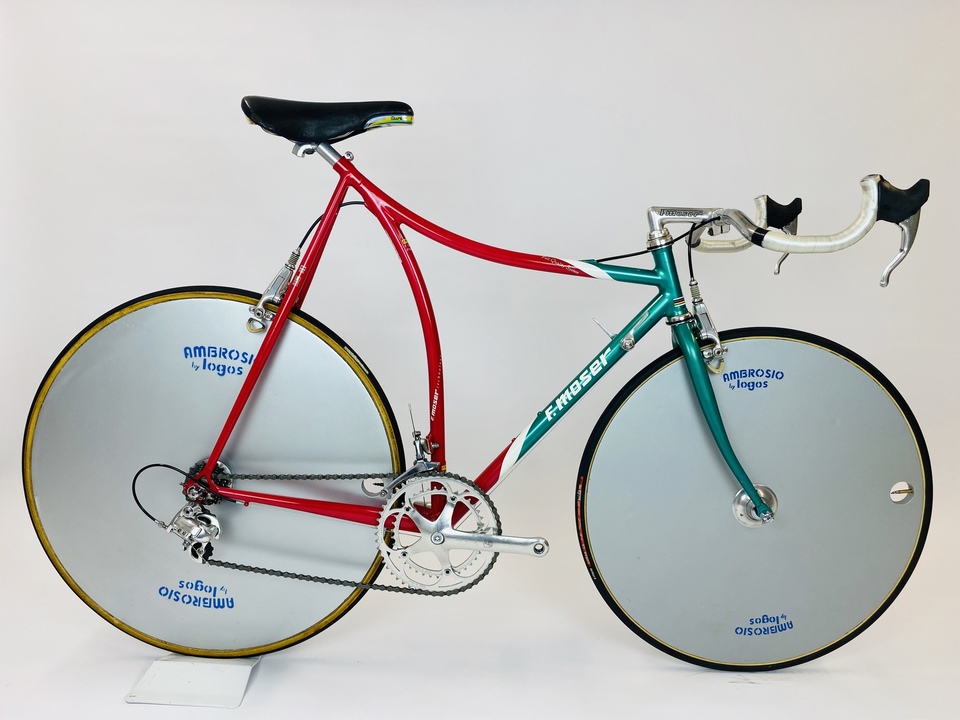 1991 Moser Va Por La Hora
When Francesco Moser was making his attempts on the world 1 hour record, this distinctive frame was one of the bikes he used. There was even one of these frames built with a rear wheel twice the normal size.
Of all the Moser bikes built, one of the most sought after nowadays Is the Va Por La Hora.
This particular model was built in 1991, and is made from Oria tubing. The bike has been built with Campagnolo C Record components, including Delta brake calipers, a 700c Ambrosio rear disc wheel, and a 650c Ambrosio front disc wheel. There is also a Moser pantographed stem, 3T Moser 51.151 handlebrs, and a Selle Italia Super Turbo saddle.