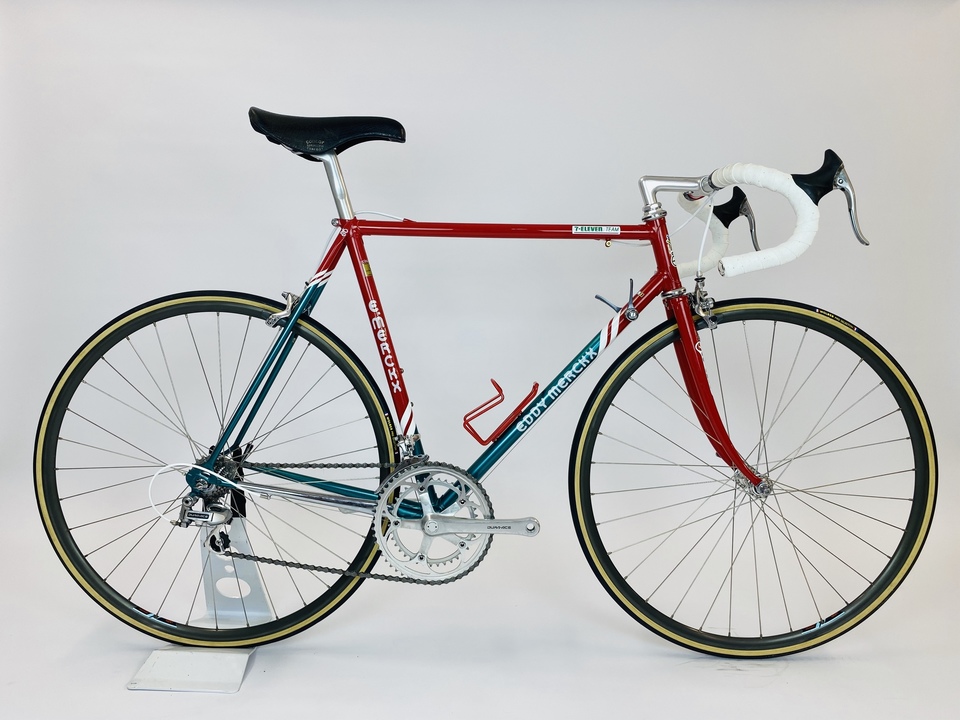 1989 Eddy Merckx 7-Eleven
This is Nathan Dahlbergs pro team 7-Eleven bike.
Like with most pros back in the 80's and 90's, their bikes were just tools of the red, and when they travelled back to New Zealand, they sold all their bikes and gear, that Was how they survived. And that happened with this bike, it was sold to a guy in Auckland, who when the paint was tired some years later, he had it painted Molteni Orange as he had always wanted a bike that colour.
with the bike now restored to its team colours, I also set about rebuilding it as Nathan raced it, so it is decked out in Shimano Dura Ace components, Cinelli handlebars and stem, Dura Ace seat post, Selle San marco Super Corsa saddle and Wolber aero wheels.
This frame is so very rare, in that it has Columbus tubing in the top, head and down tubes, and Reynolds in the seat tube, seat stays and chain stays. Eddy Merckx took an active hand in helping design the team bikes, and was a great believer in building different bikes for different races.The combination of different tubes was used to aid performance, and to a degree comfort, depending on the race. The giveaway on this frame was the Reynolds stamped rear dropouts, which led to Nathan, and the frames original builder, confirming the story.