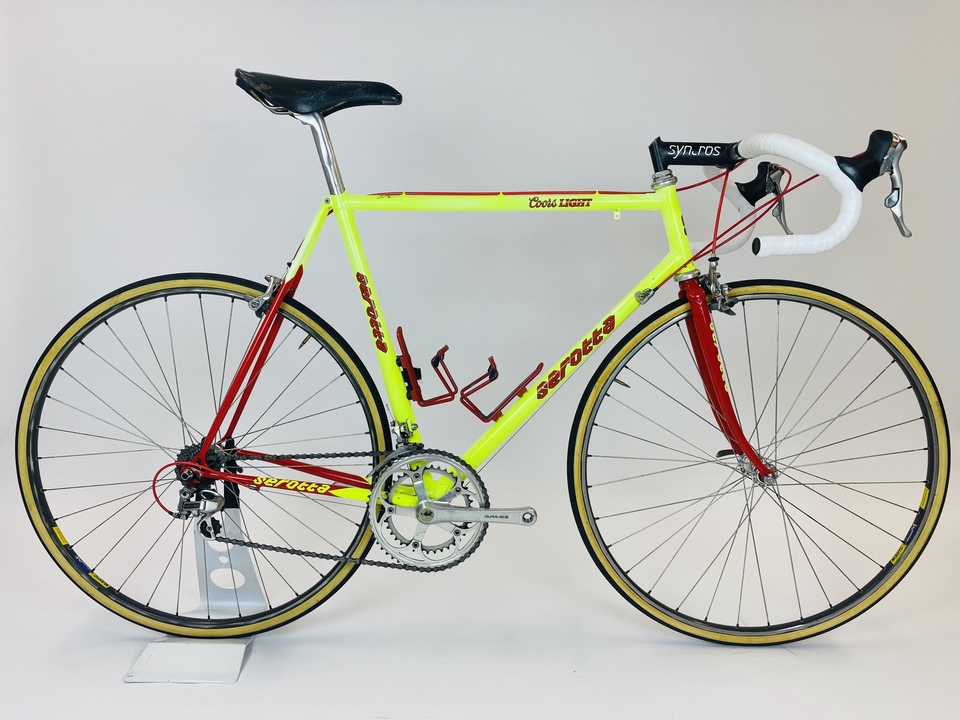 1991 Serotta Coors Light Pro Team.
This is Stephen Swarts bike from the 1991 season. Stephen sold the bike to a local rider in Rotorua, when he returned to Mew Zealand at the completion of the 1991 season. The bikes was used for a few years, before bein hung up i the garage. When I received the bike, the handlebars and stem had been changed, along with the brake and gear outer cables and handlebar tape. I found the correct items and rebuilt the bike as Stephen raced it.
Stephen raced for the Coors Light team for 5 years, from 1989 through to 1993. He had previously raced for ANC-Halfords, and SEFB in Europe, and went on to race with Team Motorola in 1994 and 1995.
A gathering of some of Stephens friends was held in 2019, and two of his rebuilt Team bikes unveiled.
The bike is a Serotta Colorado 2, featuring oversized and shaped seat tube and down tube, and 's' bend chainstays.
It is finished with Shimano Dura Ace components, Mavic wheels, Syncros handlebr stem, Cinelli Handlebars and a Selle San Marco Regale saddle.