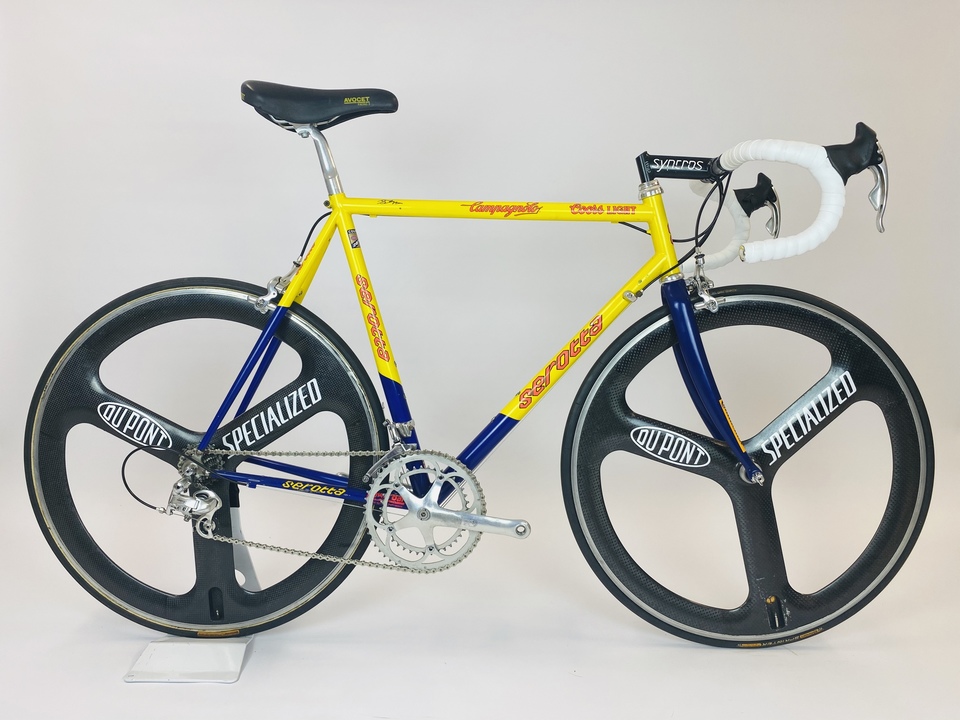 1993 Serotta Coors Light Pro Team.
This is Stephen Swarts 1993 Coors Light team bike. The frame had been sitting in Australia for a number of years, when it's owner, Greg MacDonald got in touch and donated the frame to the collection....as long as it was rebuilt how Steve raced it, and we had a function with as many of Stephens old cycling mates as we could get along.So the process of finding all the parts began. Knowing how these bikes were built in the '90's is actually pretty difficult to find out, the internet wasn't what it is now! One of Steve's team mates, Dave Mann, was instrumental in helping get this bike built, he had newspaper clippings and photos of their bikes. So, the bike is now, 'as raced'. The frame is Titanium, the fork carbon, built with Campagnolo C Record components (Steve did not use Delta brakes, whereas some other team members did), Syncros handlebr stem, Mavic handlebars, Avocet saddle (Steve's Preference, not the same as the team saddles), and Specialized tri spoke Carbon wheels. A great gathering was held with many friends getting together to celebrate Steve's career, and the unveiling of his 2 rebuilt team bikes.