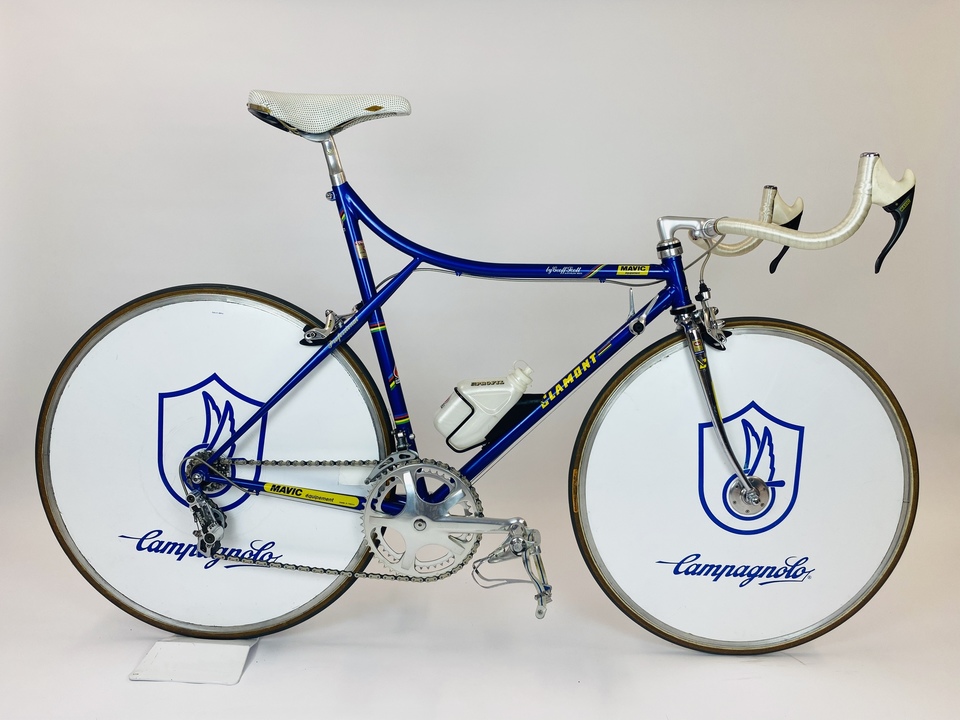 Geoff Scott built bikes for the Australian National cycling team (predominantly track bikes) up until the late '80's. After a bit of a falling out with one of the administrators, Geoff turned his attention to building 4 bikes for some of New Zealand's top cyclists, who were part of the Southern Districts cycling club. One of its members, Roger Sumich used to stay with Geoff and train in Australia, so the plan was made for Geoff to build Roger, Ian Richards, Gavin Stevens and Tony Graham some time trial bikes. Southern districts dominated the local time trialling scene, winning the Hope Gibbons 'national Championship' 9 years in a row, from 1985 to 1993.
This bike belonged to either Ian Richards, or Tony Graham, both being of similar stature! The bike is built with Columbus SL tubing, and currently features Mavic components, Campagnolo 700c Ghibli rear disc wheel, and a Campagnolo Ghibli 650c front wheel.