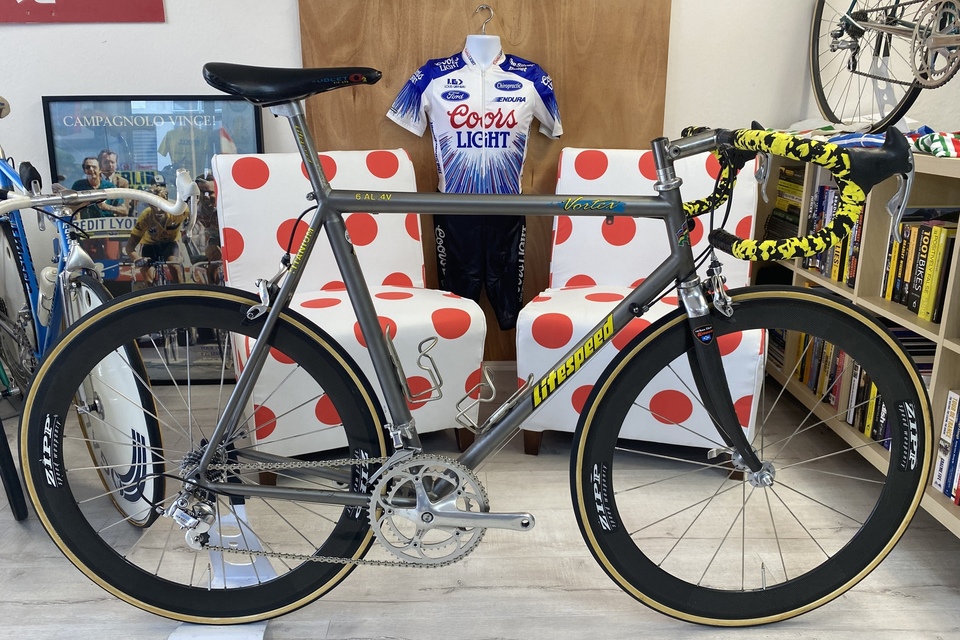 By the time Malcolm rode this bike in 1996, he had amassed a glittering career, including the points classification and 3 individual stage wins at the La Vuelta (tour of Spain).
This bike came to the collection through a donation from the previous owner.
The couple had been riding bikes for a while a,d took an interest in going to watch h the Tour de France. They booked a tour, and one of their guides was a gentleman by the name of Maynard Hershon. Maynard was a cycling journalist, employed to look after the tour party. A friendship was formed, and a few years later, Maynard made contact and asked if they would like a pro bike- he knew many of the teams well, and the deal was done, and Malcolm's bike turned up. The bike was used for many years, then hung up in the garage, until it's owner passed away recently. Knowing the significance of the bike, his wife looked for someone who would appreciate the bike and contacted us at the museum. The bike arrived without the correct wheels and handlebars, but everything else was intact. With the addition of the correct wheels amd Scott drop in handlebars, the bike now sits as raced by Malcolm