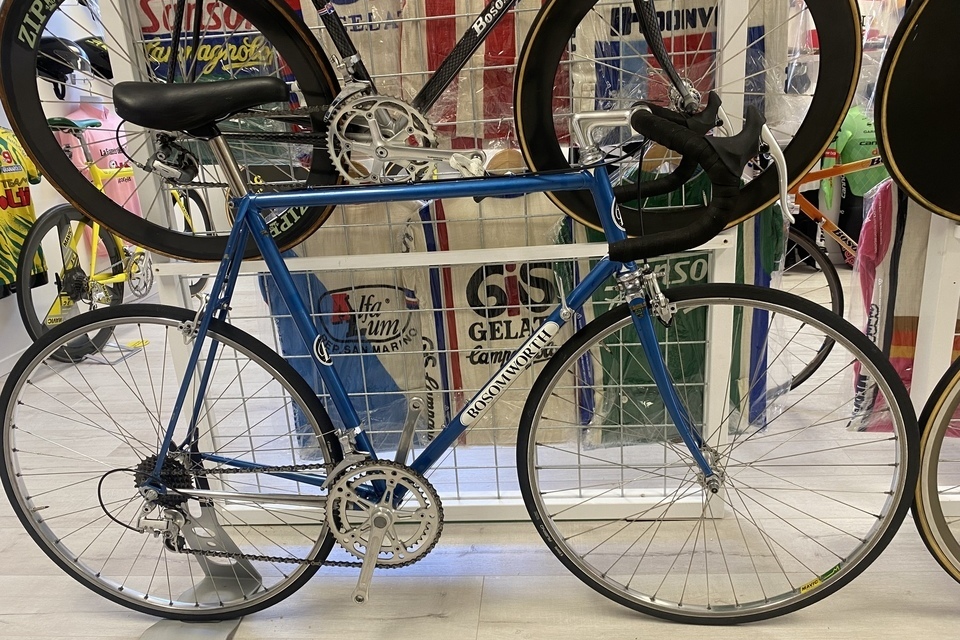 This is a very special piece of New Zealand history. It is the very first bike that New Zealand premier steel frame builder, Eddie Bosomworth, built. It simply features serial number '1'.
Eddies later bikes would go on to include a serial that determined the year built, month built, and the bike number.
Mike Bosomwprth (Eddie's son), clearly recalls this bike- it was the one he rode as a junior, in Rotorua.
'he also recalls the disbelief when his father told him he was going to build a bicycle frame, before promptly laying the tubing out on the kitchen floor, and getting it ready to build.
Eddie would go on to be not only a prolific builder of frames, but a builder sought out by Pros and amateurs alike, and built many NZ team bikes.
Eddie also help the Cyclemakers group set up their custom frame bui;ding operation under the 'Bauer' name, in Timaru.Poor eyesight eventually curtailed Eddie's frame building, a,d he unfortunately passed away a couple of years ago