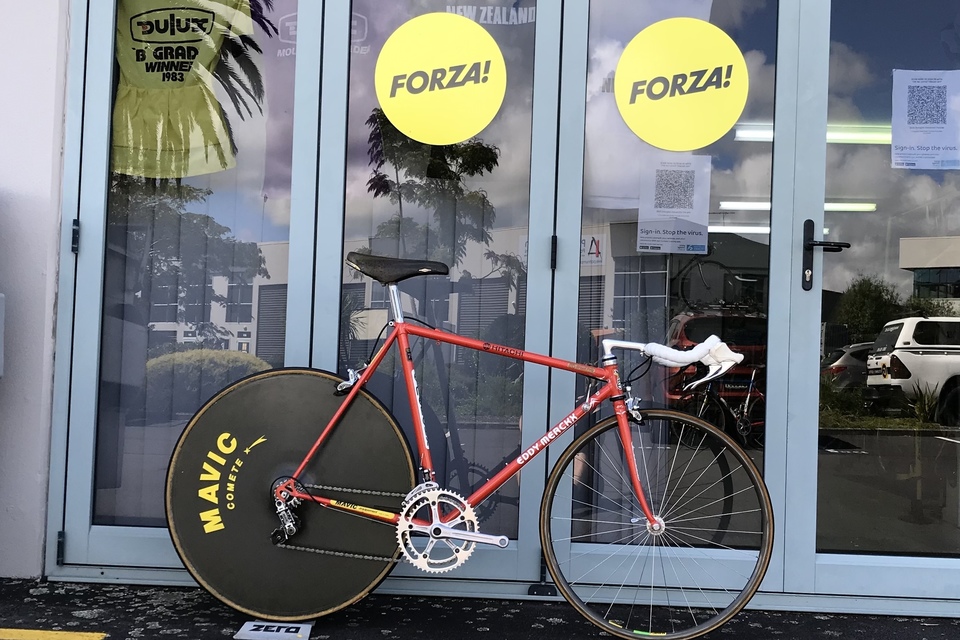 This bike is very rare in that only a handful were made. (For the Tour de France of 1989 only).
some time after the tour, it was imported into New Zealand and a young up and coming cyclist named Glenn Mitchell managed to convince his mum and dad to buy it for him.
Glenn would go on to make a name for himself in amateur, and professional cycling, and this fra,e and wheels were kept securely stored in the attic of his mum and dads house. I am very pleased he was keen for it to be built back up as 'the tour bike' and put on display. A really cool feature is the engraving of the front hub 'tour 89', something we don't see on modern tour bikes.