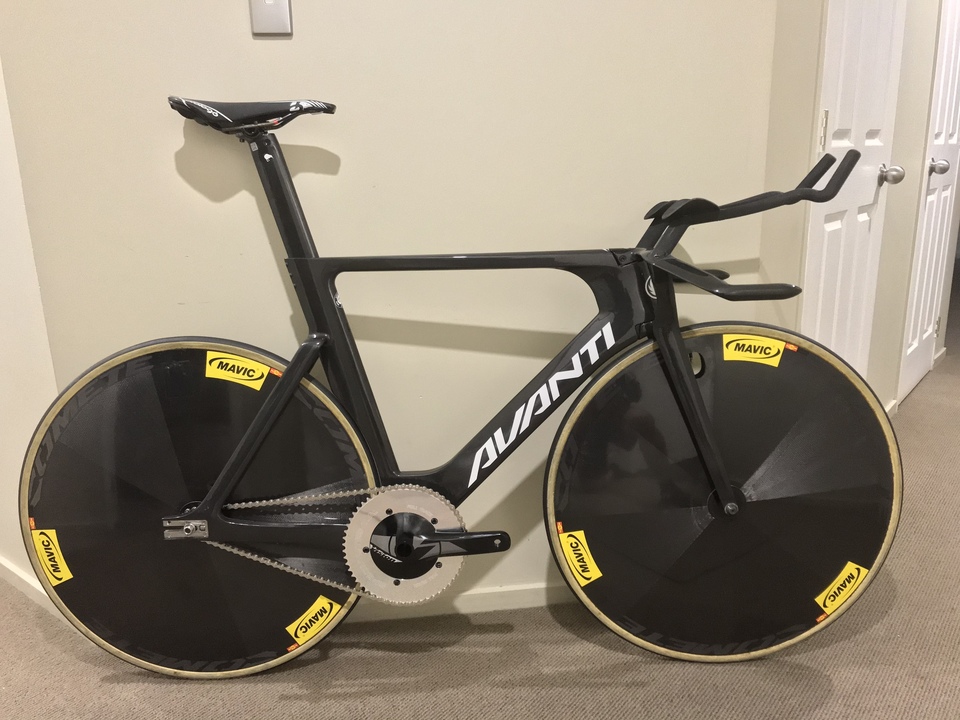 Aerodynamics specialist Dave Higgins, has a history of working on race cars, but for about 5 years he was the Avanti bike designer too. Wind tunnels featured in the design of this bike, and they were very successful for our kiwi riders in both the sprint and pursuit events on the track.