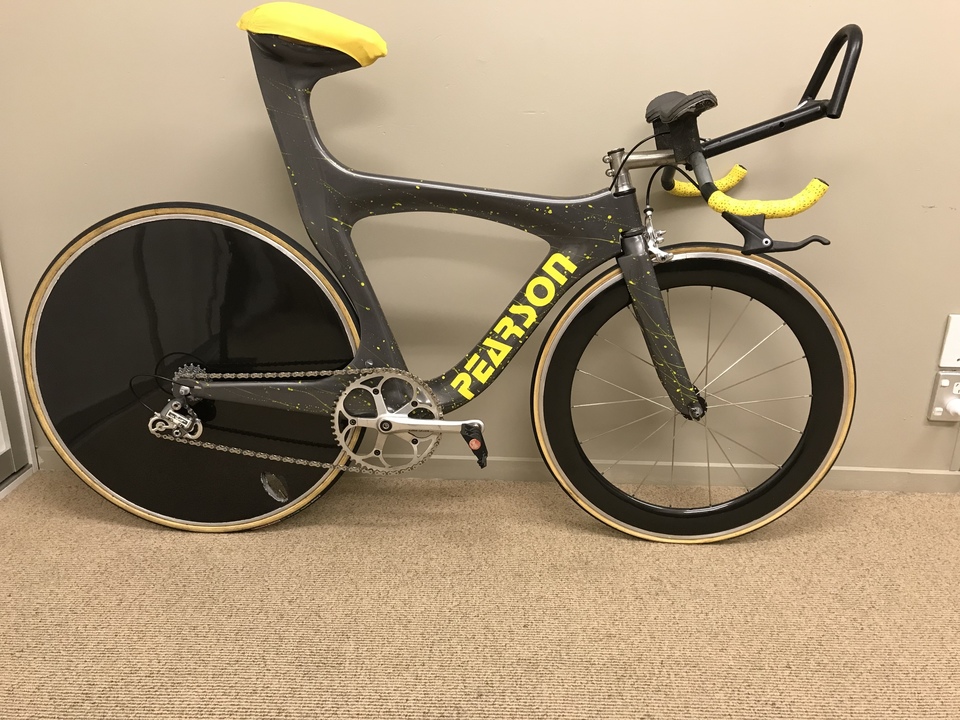 This is one of Graeme's race bikes. Designed around the same time as the Olympic bikes, this one has an integrated seat post, and saddle, as Graeme believed when he was building his own bikes, they did not need any adjustment!
This bike was used for many years, a,d carried Graeme to many wins in Triathlon and Duathlon.
We have given this bike a complete restoration. Full repaint, wheels relaquered, modified fork.