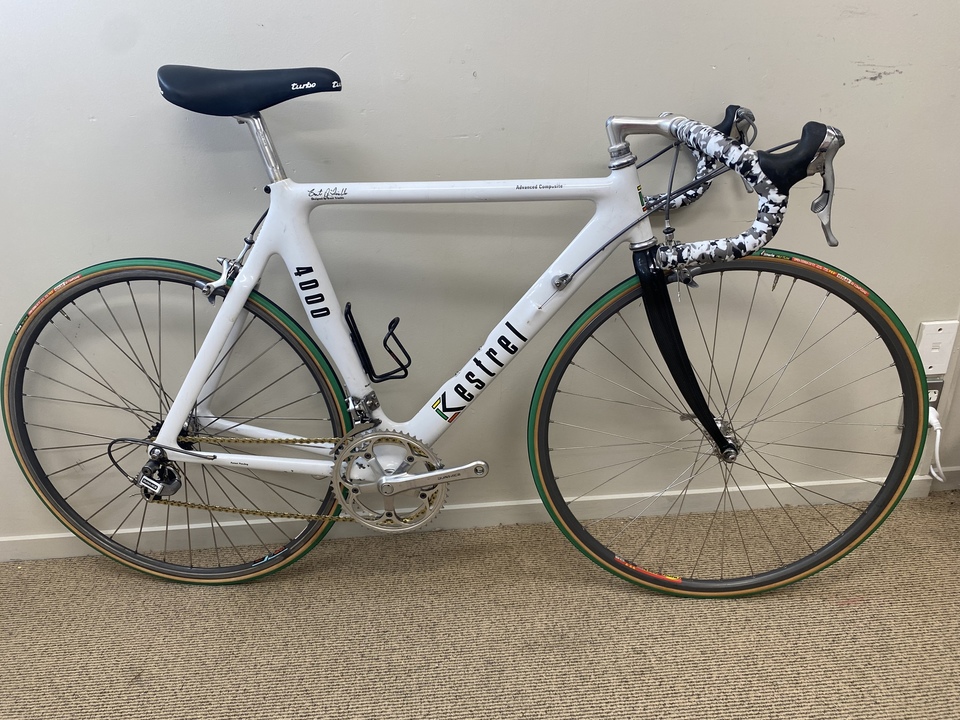 Kestrel was a company formed by a group of ex-Trek Bicycle Corp. employees, and set out in 1986 to revolutionize performance bicycles. When the Kestrel 4000 was introduced, it was the first commercially available bicycle frame completely made of aerodynamic carbon fiber tubing.
The bikes were designed by Brent Trimble. While they were rightly regarded as the first commercially available 'monocoque' carbon framed bikes, Brent had in fact built a carbon Monocoque frame, for use at the 1984 Los Angeles Olympic Games. One of those bikes, is on display, above this one.