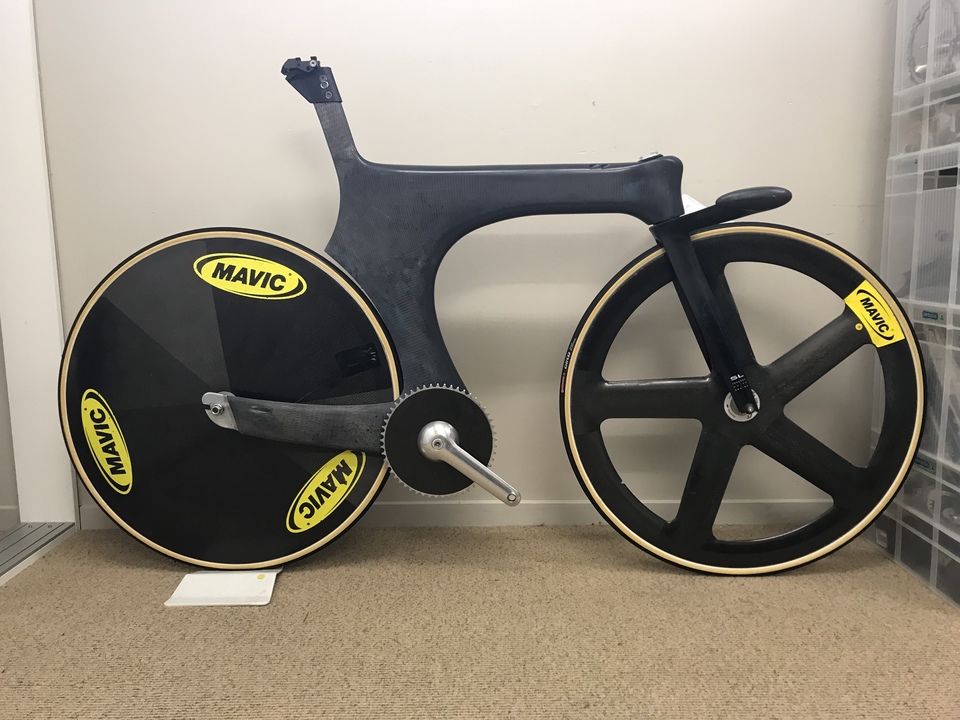 On the 6th September, 1996, Chris Boardman smashed the world 1 hour record, covering a distance of 56.375 km, at the Manchester Velodrome, in front of 3500 people.
With only one bike having been built, we decided it would be great to build a replica, to enable enthusiasts here in NZ to see this amazing bike.
Having 2 original Lotus 110's, we took a mould off one of them, and made a replica frame. the wheels, Cranks etc, are all genuine items as used on the record bike. 14 sets of the cranks were made- 2 for Boardman, and the rest shared between the French Olympic track team, and the USA 'GT Project', also for the Olympic Games.
We were very lucky to procure one set of these cranks.