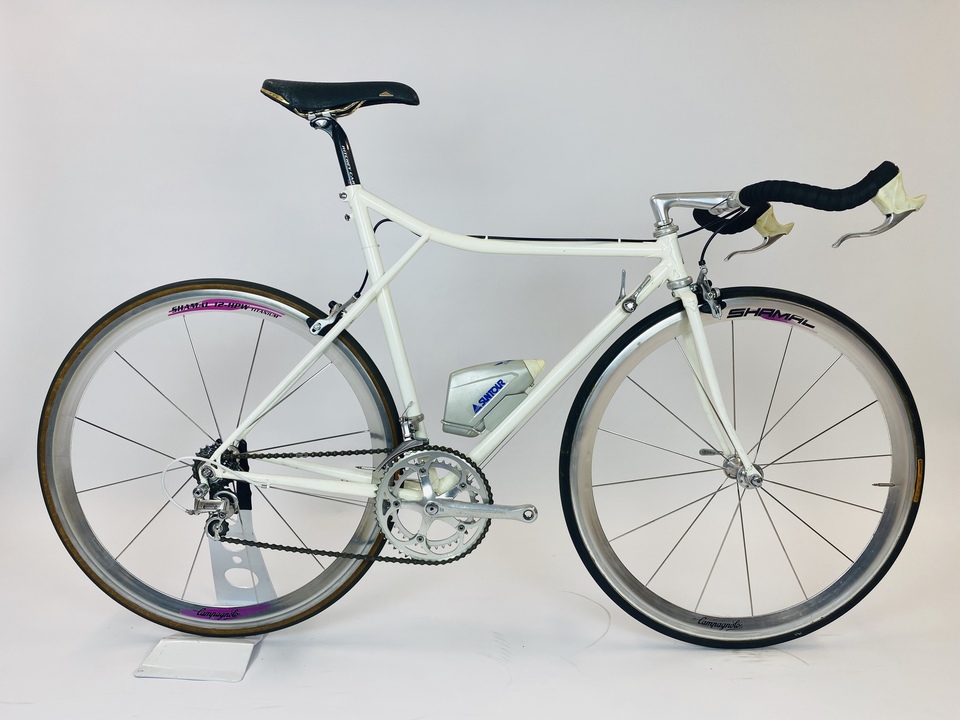 1992 Roscotelli Pursuit.
New Zealand built bikes are to the fore in the collection, Nd here is another....Roscotelli built by Ross Clark. The majority of the Roscotellis were built when Ross was working for the 'Colonel'....Tim Saunders, who owned Milremo Cycles. Some, like this one, were built after Ross left Milremo.
While the bike looks like a 'tradional' lo pro or pursuit bike, it does in fact have 700c wheels front and rear. The bike is built with Suntour Superbe Pro components, has a set of Campagnolo Shamal wheels, a Suntour aero bottle, and a Selle San Marco Rolls Due saddle.